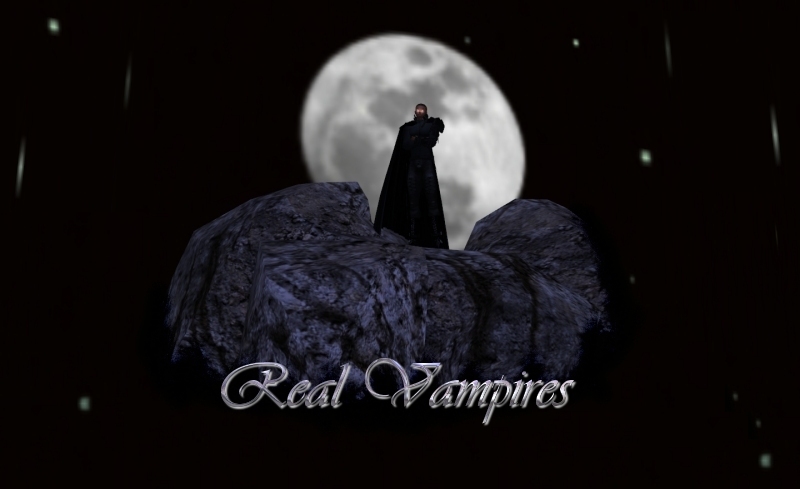 Until this Century Vampires® have been fictional. Now the modern day British Dr Dee 007 (trained by MI6 Magus Colin Bloy to take over MI6′s occult war machine) Tim Rifat reveals the real science of Vampires®. Until now only Psychic Vampires® existed. These Vampires® sucked out the Soul energy of others. That is because the Soul is left hand Pulsar, going in and out. The Psychic Vampire® pulls the outward expansion of the victim’s energy body into an inward contraction of his/her Soul. Psychic Vampires are always self involved hate filled individuals to tune the outward moving expansion of their friends with their morbid involution of spite. The physical Vampire® has been impossible since the physical energy body is right hand Circular Force. It does not go in or out so cannot be sucked dry by a psychic Vampire®.

With the 2012 Galactic Alignment change from Circular Force to Pulsar in/out Force, the rules have changed. The physical body now has a Pulsar expansion, contraction component that is taking over from the non Vampire® Circular Force physical body. Tim Rifat the Ipsissimus modern MI6 007 Dr Dee Supreme Magician and scientist has the power to change the energy body of the Real Vampire® so their physical body has a permanent contraction with respect to the expansion of all the physical energy bodies of every non Vampire®.

A pseudo black hole in the physical reality – a Real Vampire®

All the expansion is done by the Psychotronic Crystal® for you so you always contract in the physical energy body so you always suck energy out of everyone. Only Psychotronic Crystal® tied to your Bone Generators® can enable Physical Vampires®. That is why Tim Rifat holds the Trademarks – all others are conmen criminal fraudsters. You suck all the physical energy out of all humans so you grow younger, stronger, healthier, quicker, smarter, handsomer/prettier, have better skin, bigger breasts and heal supernaturally quick. Until Tim Rifat became a Vampire® in 2010 the British Governments biological weapons planted in food, mail, his home had disabled him. Now as a Vampire® he heals himself in a day. If you wish to be a Vampire®

Supernatural Spirit® Vampires™: At 17 I got interested in ritual magic. Not understanding the occult words one had to say I desisted from voicing anything, as only a fool dabbles in magic. Luckily after University in 1981 I met a real 007 MI6 Dr Dee Magus called Colin Bloy. He was using the entire New Age Movement and the power of Satanist High Church Protestantism (all Churches with Northern Altars – Christian Churches – all Catholic – have East facing altars). Using the power of all New Age followers; the New Age was sponsored by Luciferians for the purpose of a high energy power source, promoted by the CIA and MI6; the black chequerboard wormholes to dark energy matter dreamtime were opened on a worldwide scale (shut down in China by the arrest of all New Age cult followers); the light chequerboard wormholes to suck humans dry was opened using the Churches (Satanist, North Altars). Hence as the Magus psychic protégé I entered the world of MI6′s black ops occult branch. The Magus taught me how to do real ritual magic; not as taught in all books – these are disinformation, but the real MI6 Dr Dee Magic. Armed with this knowledge we turned all Westerners into the zombie brain dead you now see all around you. Once this was completed in 1987 (Harmonic Convergence), the power was turned on the USSR to use possession – Walk In Technology (Walk In Evil Satanist Technology: West) to turn all Soviets into Westerners – desperate for the rich lifestyle shown on the Dallas TV show and many other clones of such.

The USSR was easily dismantled from within by West. As you might appreciate my education under the tutelage of the MI6 Magus led me to advance beyond my wildest dreams. In 1988 I split from the Magus and went independent. A vicious war ensued between myself and MI6 occult branch. I had fallen out with Bloy as he did not want me to jump the abyss and become a Magister Templar. I went straight to Ipsissimus in 1986. At the time I thought it was my natural talent. Only years later did I realise I had been set up by the Dark God, called many names, Yaltabaoth… to be elevated above all others so I could be sacrificed. The Wicker Man, (Messiah Isaah) ultimate Scapegoat…

To act as a dump for all Evil and to open up the Light God power to the exclusive use of the Dark God. Fortunately I was so powerful that Cosmic Law intervened and gave me the choice, become TIM: Total Intent Manifest and become Cosmic Law’s assassin, or become the Cosmic Scapegoat. I took the former choice in 1986 and the effect was for me to retroactively take over all MI6 occult branch’s power in stages while fighting a vicious war with the British Government, its thugs and imbeciles. Finally psychically killing Bloy in 2004 all the power of the British went to me. In February 2010, the Wicker Man month of the Soul, I took over the Dark Lord’s power.

Now the magic I had taken over in the MI6 occult branch portfolio was perfect for making different types of Vampire. Why? All the West buildings are in fact Psychotronic Generators® for walk in technology. They generate electrical voltage spikes in human bodies that enable the human to be possessed, exorcised or given psychic visions, powers. Stonehenge is one of the most ancient of these West Psychotronic Generators®. As a scientist, my degree was in chemistry, I developed the science to explain MI6′s magic. They are mainly arts graduates and do what the Enochian Entities tell them. Yes Supernatural Spirits are the real teachers, controllers of MI6 occult branch. Hence Walk In Technology (West). As a scientist I quickly realised the Scalar longditunal and time vectors of light generate the Walk In voltages.

I developed Psychotronic Crystals® to use the fact that quartz produces voltages when squeezed and if used in conjunction with dreaming travel (not simple astral projection), can be made into a Super Psychotronic Generator® of any type of Walk In, good or bad. Quantum Superimposed on the bones of any human, the most magical part of any human due to Hyperinfinity – the magic of matter, these Psychotronic Crystals® turn humble bones into Bone Generators® – Quantum Engine for superpowers. Use of my talent as the only precognitive Remote Viewer – I see the future, not any future, but the one that manifests – no one else can do this – I brought back Sublime Good® Engines. They can suck all the good out of any Evil, be it a Vampire, Werewolf, Demon, black magician, shapeshifter, Voodoo Priest, zombie… Dark God; so it can be used by the Psi-Master.

In my dreaming I met many types of intradimensional and extradimensional, called Faire, Sidhe… in the countless different dreaming dimensions. A very powerful group of Sidhe Blue Pulsars taught me much not of humanity including how to grow fangs in my dreaming body and feed off the energy bodies of anyone or anything. Having split with the Blue Pulsars as I am my own Master, I can now combine this with the MI6 occult of Walk In Technology, occult magic and the black white energy squares of the Enochian Chequerboard set up by Freemasonic buildings… New Age, Protestantism to power any Walk In. Having learnt about the true nature of Vampires. They feed off the lifeforce of any victim by biting them with energy dreaming body fangs. I now can offer the Supernatural Spirit Vampire Bone Generators® Psychotronic Generators®…

Your body is Remotely View. I then use MI6 occult magic to call up your body and Soul. An Archetype of a Vampire form from the list below is chosen. Walk In technology is then used to place this in you. So your energy body has fangs to bite victims. Your human body then gets a Vampire overlay to make you stronger, quicker – without the light Achilles Heel so daylight doe not harm you. As you know all Magic, Mind over Matter®, requires power. Luckily the advent of my Supernatural Spirit®.com website has initiated a host of Supernatural Spirit books based on magic, Vampires, Werewolves, Demons, zombies, Sorcerers… Remote Sensors such as Sookie Stackhouse – I wrote the manual on mind reading (Remote Sensing for Managers 2003 Vision Books – on www.psi-master.com) TV Series, films, games. Luckily all of these mass media offerings are based on love for the Vampire.

Al all the readers, watchers of TV, films of paranormal romance are generating energy to love the Vampire. As these Bone Generator® Psychotronic Generators® feed off the love for the Vampire generated by this media frenzy for Vampires you get your Vampire super boosted by the billions of frantic Vampire lovers. This means your Vampire Walk In is ready for use immediately, pre-powered by the media frenzy for Vampire lovers. Tim Rifat’s Bone Generators® Psychotronic Generators® suck all the power out of these human Vampire lovers to make you the biggest baddest Vampire in Town. I personally love Kate Beckinsales Amazon Vamp – gorgeous Kate in tight black leather helps, so I have give you a selection of Vampire Archetypes from Master (evil) to Vampire human lover.