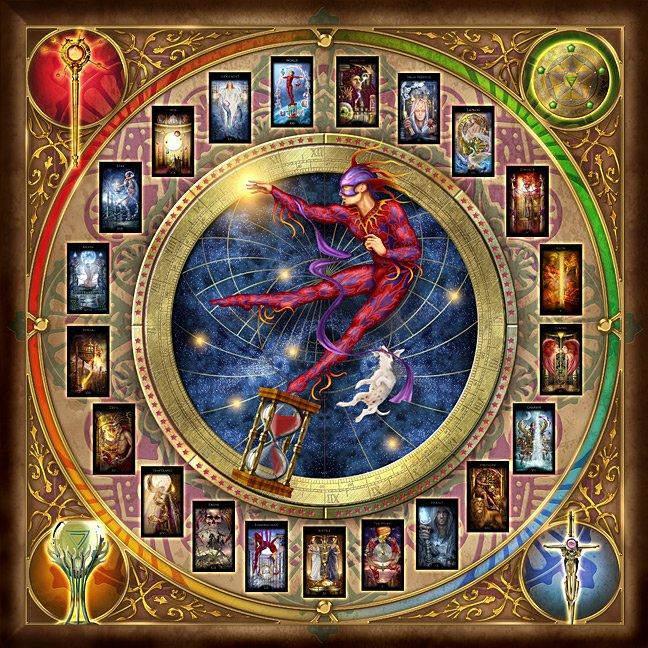 In this Service you get:

1. Uplifted to become a Tarot Vampire® who feeds on the 7 billion possessed human bitches, the power tuned to the Tarot Principle you embody. There are 78 Tarot Cards so there are 78 Tarot Vampires® to choose from. Each Tarot power is the height of magic. This is because Tarot magic is the pinnacle of Crowley magik. Tarot magic being the use of the 78 principles of the Matrix.

Why? The Matrix is all about sucking the good out of Goyim and putting this in the Satanist: Judas Evil Walkin Satanism based on Eliphas Lovi the French Satanist Kabbalist of the 18th Century, who instructed all Freemasons and wrote their rituals. Evil is dumped into the Goyim , so Cosmic Law punishes the Goyim not the Satanist. Satanists prosper Goyim suffer extremely as Good Shepherds in the Birds Nest (Matrix Soul hell).

There are 78 Tarot principles 3×26=(3×13) on 2 levels. 13 is the number of Amalek. The Comic Law evil doing evil to evil. Judas Evil Walkin Satanists, get tortured eternally by Amalek. So the 6 Kabbalistic Trees have to be innoculated against the 13 of Amalek 6×13=78. On Friday the 13th the Knights Templar, Christian Satanists worshipping Baphomet were tortured to death on Malta (Knights of Malta the Tony Blair, Queen of England, Satanic cult) so the 78 Tarot principles are draining the goodness out of Goyim and using this to form Sublime Good® and kill off Amalek in the 6 Kabbalistic Trees. Hence 6×13 powers needed to Sublime Good® the Matrix of 6 Kabbalistic Trees with 13 Anti-Amalek powers. So Tarot magic is the distilled goodness of the Goyim transformed by Satanism of the Tarot to Sublime Good tuned to poison Amalek and sustain Judas Evil Walkin Satanists. One can see Tarot is the vital immune system of the Matrix, it:

a) Drains the Sublime Good® from Goyim.

b) Forms Tarot Archetypes that are aspects of Amalek.

e) Safe from Evil doing Evil to Evil, the Judas Evil Walkin Satanists prosper and the Goyim that helped them to avoid Cosmic Law punishment are automatically downloaded into the Birds Nest Kabbalistic torture hell. Where all possible torturers and evil are done to them eternally by Cosmic Law.

f) Brilliant Cosmic Law punishment evasion by Kabbalals – all done by the mechanism of Tarot magic. The Jewish Tarot has been covered in www.supernaturalspirit.com . In these Services the Sublime Good® freely given by Goyim of all ages is retroactively given to the Vampire®.

One can see the Sublime Good® in the Matrix is the Tarot Principles.

8. The Shadow Tarot Powers of Evil Sublimed to give you the Sublime Good® in Evil. Only the Vampire® can do this. This means that only the Vampire® can have Sublime Good® in Total Evil. Prospering, while everyone else is ploughed under by Evil. So everyone else grows old and dies to be condemned to Hell, while the Vampire grows younger, continues to live and goes to Omega Heaven on Earth’s Heaven on Earth for the Vampire® eternally. He has a Virtual Real Vampire® body. a 5D blackhole Vampire® biophysical body. An interchangeable physical body that can remanifest or be in another chosen body: all done automatically by Vampire® power. Touch anyone with the Psychotronic Crystal® to possess their body.

9. The negative aspects of the Shadow Tarot can be downloaded into any target by touching your right hand to a target. Your left hand Bone Generator® uploads Sublime Good® Shadow Tarot Vampirism.